Other than Spawn #300, the top sellers are the “usual suspects”.  Even Spawn #300 being at the top is not much of a surprise, it’s a milestone anniversary issue and had a load of variant covers.  Even people who have not bought Spawn this century picked up a copy just to see what was going on (I count myself among these people).

Beyond the $7.99 Spawn #300 landing at the top, we have Spider-Man #1 (Marvel’s #1 solo hero written by JJ Abrams, another no-brainer as something that will sell really well), and House of X #5.   The X-Men reboot series and its companion Powers of X have been selling way more than comic shops expected and each issue is running through multiple printings after they sell out of the 5+ variant covers that shipped as part of the 1st printing.  House + Powers issues #4 & 5 take up slots #3-6 on the Top 10.

We follow that up with 3 event books, Absolute Carnage #3, a DCeased tie-in “A Good Day to Die”, and Harleen #1 a new Batman Universe tie-in.

So, like we’ve see many times before: Events sell.  Batman sells.  Key popular characters sell, especially when coupled with some kind of event/stunt (I’d call getting JJ Abrams & son writing a comic a stunt, in this context).

Marvel Comics remained the top publisher in September, taking 38.81% of dollars and 45.51% of units shipped. In second place was DC with a market share of 27.80% and 29.15%, respectively. Image Comics ranked third, breaking over ten-percent market share thanks to Spawn and other creator owner projects with a 11.01% dollar share and a 8.32% unit share. The top three were followed by Dark Horse Comics, IDW Publishing, Dynamite Entertainment, and BOOM! Studios, respectively.

Marvel Comics had six of the month’s top ten best-selling comic books, starting with the J. J. Abrams and son Henry Abrams penned and Sara Pichelli penciled Spider-Man #1 at number two. The latest issues of Jonathan Hickman and Pepe Larraz’s House of X and Powers of X ranked #3-6, with Donny Cates and Ryan Stegman’s Absolute Carnage #3 rounding out Marvel top titles, coming in at #8. DC had three titles in the top ten: Geoff Johns and Garry Frank’s Doomsday Clock #11 placed at #7, DCeased: A Good Way to Die #1 at #9, and Harleen #1 ranked #10. 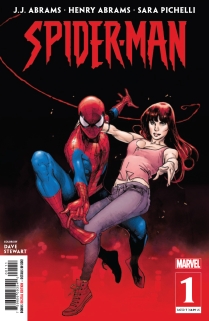 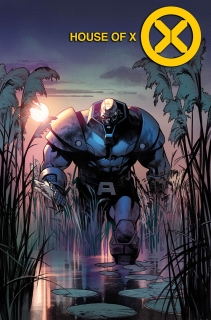 The goal of ComicSpectrum is to provide a one-stop reference for everything about & related to comics and comics culture.
View all posts by comicspectrum →
This entry was posted in Comics, Comics Sales, Diamond and tagged Batman, DC Comics, Image Comics, JJ Abrams, Marvel Comics, Spawn 300, spider-man, Todd McFarlane, X-Men. Bookmark the permalink.