Posted on December 7, 2018 by comicspectrum

Marvel Wins November by 13%+ Over DC
Soft Month for Comics Overall, Down From October 2018 and November 2017

Sales of Batman were mid-list at spots 5 and 6 on the top 10.  No surprise that Green Lantern by Grant Morrison took DC’s highest position in slot #2.  Marvel’s X-Men are back on top with their latest #1, it’s $7.99 cementing it at #1 on both dollars and units shipped charts.  Beyond that, perennial fan favorites Spider-Man, Venom, and Carnage took 4 of Marvel’s 6 slots in the Top 10.

October turned the overall negative sales trend slightly into growth and now November has slapped that right back into decline.  Will December pop things back into a positive light or will 2018 end up as a year of declines for the industry?  We’ll find out in a month’s time.

(BALTIMORE, MD) — (December 7, 2018) — One of the most storied titles in comic book history returned in November as Marvel Comics relaunched Uncanny X-Men #1 in an oversized issue from an all-star roster of writers and artists, giving Marvel Comics the best-selling comic book of November 2018 according to information provided by Diamond Comic Distributors, the world’s largest distributor of comics, graphic novels, and pop culture merchandise.

Venom faced the most powerful adversary he had ever faced in Marvel Comics’ Venom Volume 1: Rex by Donny Cates and Ryan Stegman, the best-selling graphic novel of November. In total, Marvel had seven titles in the top ten, including Thanos: The Infinity Conflict at #2, Will.I.Am and Damion Scott’s Black Eyed Peas Presents: Masters of the Sun: The Zombie Chronicles at #4, and Amazing Spider-Man Volume 1: Back to Basics, the first volume of Nick Spencer and Ryan Ottley’s run on the title, at #5. DC Entertainment had two titles in the top ten, led by Justice League Volume 1: The Totality by Scott Snyder, Jim Cheung, and Jorge Jimenez at #3, followed by Sean Murphy’s Batman: White Knight, October’s best-selling graphic novel, at #7. Image Comics also had a title in the top ten; Mirka Andolfo’s Unnatural Volume 1: Awakening ranked #8.

Dark Horse Comics’ The Legend of Zelda: Breath of the Wild: Creating a Champion, an art book that delves into the creation of the latest game in the fan-favorite Nintendo franchise, was the best-selling book of November.

DC Collectibles’ DC Comics Bombshells: Batman & Catwoman Statue, based on Ant Lucia’s pin-up styled artwork and sculpted by Jack Mathews, was November’s best-selling toy product. In total, DC Collectibles had three products in the top ten including the Batman Black & White: The Batman Who Laughs Statue at #2 and the DC Cover Girls: Catwoman by Joëlle Jones Statue at #10. Diamond Select Toys had four products in the top ten, led by the Marvel Gallery: Venom (Comic Version) PVC Figure at #2.

Shinobi 7’s My Hero Academia Card Game, based on the popular manga and anime, was November’s best-selling game. IDW Publishing had two games in the top ten: the Batman: The Animated Series: Gotham Under Siege Game ranked #4 and Teenage Mutant Ninja Turtles Munchkin, a special edition of the popular Munchkin board game, ranked #6. 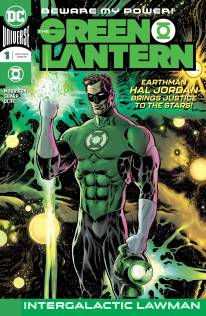 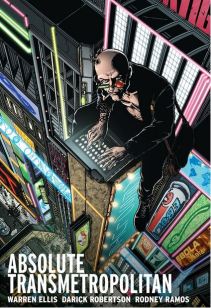 Artwork for this press release, containing company logos, pie charts, and covers can be downloaded from Diamond’s website.

The goal of ComicSpectrum is to provide a one-stop reference for everything about & related to comics and comics culture.
View all posts by comicspectrum →
This entry was posted in Comics Sales, Diamond and tagged Batman, comic sales, DC Comics, Diamond Comics Distributors, Image Comics, Marvel Comics, November 2018, Sales, spider-man, Top 10. Bookmark the permalink.