Posted on November 6, 2015 by comicspectrum

Marvel really ruled in October with Secret Wars winding down and a new wave of Marvel #1s starting to flood the racks.  New #1s for Iron Man, Spider-Man, Spider- Gwen Doctor Strange, and Guardians of the Galaxy were all at the top of the chart along with several Star Wars titles.

With overall sales up, the “Big Two” commanded ~65% of the $ share compared to ~59% last month.  Most of the increase seems to have been Marvel that managed to gobble up the $$ being spent by comic shop patrons on their relaunches and popular Star Wars franchise.

DC was totally shut out of the top 10 for the first time that I can remember (it could have happened before, I just don’t recall when) and was down ~5% from last month.  Image was down >2%. 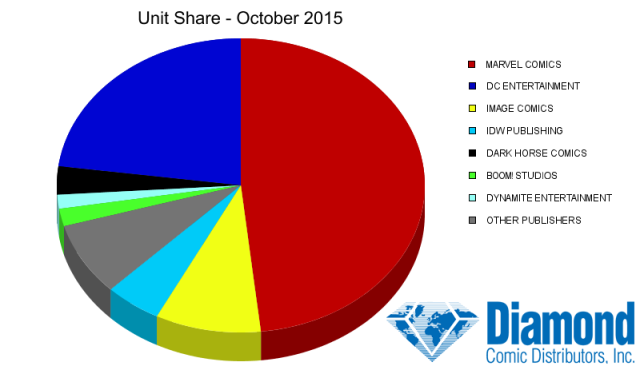 Marvel Comics had the top ten best-selling titles in October, including Dan Slott and Giuseppe Camuncoli’s Amazing Spider-Man #1 at #2, Jason Latour and Robbi Rodriguez’s Spider-Gwen #1 at #3, and Jason Aaron and Chris Bachalo’s Doctor Strange #1 at #5, all part of the All-New All-Different Marvel relaunch. DC Entertainment’s top book for October, Scott Snyder and Greg Capullo’s Batman #45, fell just outside the top ten at #11 for the month. Brian K. Vaughan and Cliff Chiang debuted a new series, Paper Girls #1, from Image Comics at #23. Bob Gale’s Back to the Future #1 was IDW Publishing’s top book for October at #28, and Chuck Palahniuk’s Fight Club 2 #6 was the best-selling comic from Dark Horse Comics at #60. In addition, Chip Zdarsky and Erica Henderson’s Jughead #1 from Archie Comics was the best-selling non-premier comic for the month at #71.

Sanctum Productions’ The Shadow Double Novel Volume 100, a reprinting of two classic pulp-era novels, was October’s best-selling book. Also in the top ten were IDW Publishing’s Winterworld Book 1: The Mechanic’s Song at #4 and Dark Horse Comics’ The Legend of Zelda: Hyrule Historia at #5. 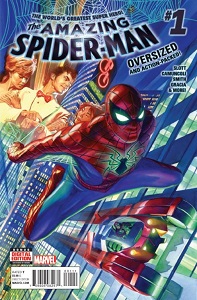 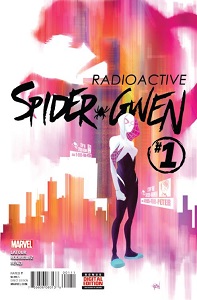 The goal of ComicSpectrum is to provide a one-stop reference for everything about & related to comics and comics culture.
View all posts by comicspectrum →
This entry was posted in Uncategorized and tagged comics, Diamond Comics Distributors, October 2015, Sales, Top 10, Top Comics, Top Sales. Bookmark the permalink.