Diamond Announces Top Sales for May 2015

Events continue to sell like hotcakes, reaffirming why publishers crank them out.  Secret Wars and tie-ins filled 5 of the top 10 slots, Convergence squeaked in at slots 9 and 10, and Star Wars took 2 of the top 10.  But how in the world did BOOM!’s ‘Bravest Warriors: Tales of Holo John #1’ chart at #2??  The magic of Loot Crate.  With well over 100k subscribers, getting your comic into Loot Crate is a ticket to the Top 10.  It’s a mixed blessing.  A lot of people who would not otherwise see a comic are getting the Loot Crate copy.  But do they want it?  More importantly: Are they going to buy the next issue?  So far, the issues after the Loot Crate sales bump have not retained a significant part of that  increase. 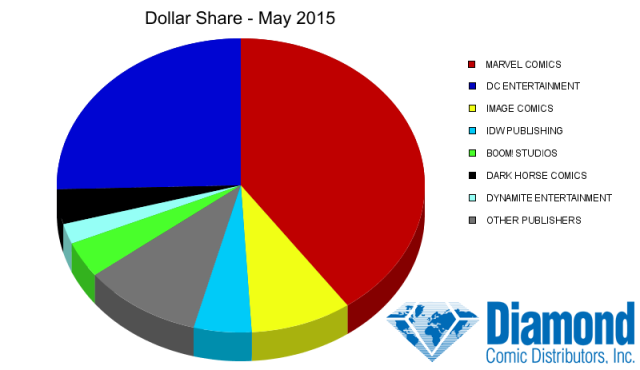 In May, Marvel Comics had seven titles in the top ten, including Secret Wars #2 at #3, Cullen Bunn and Matteo Lolli’s Deadpool’s Secret Secret Wars #1 at #5, and G. Willow Wilson and Marguerite Bennett’s A-Force #1 at #6. DC Comics had two titles in the top ten, led by Jeff King and Andy Kubert’s Convergence #5 at #9. Also in May’s top ten was BOOM! Studios’ John Omohundro and Eryk Donovan’s Bravest Warriors: Tales from the Holo John #1 at #2. 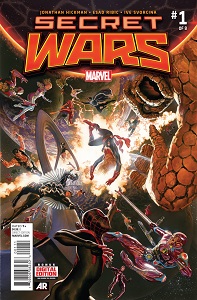 The goal of ComicSpectrum is to provide a one-stop reference for everything about & related to comics and comics culture.
View all posts by comicspectrum →
This entry was posted in Comics, Comics Sales and tagged comic sales, Diamond, May 2015, Top 300. Bookmark the permalink.